This a series of reports based on one set of common elements. The only difference is the activation of elements in the grid. This shows how one report can simply be utilized to create multiple reports. Utilizes basic Excel functions.

This particular report makes use of two fields in the method that contain free text entries on a compound basis and are repurposed. The fields are used to add a comment for labeling a compound and to calculate a flag based on library score.

Simply unzip into the folder C:\TraceFinderData\3.3\Templates\ReportTemplates 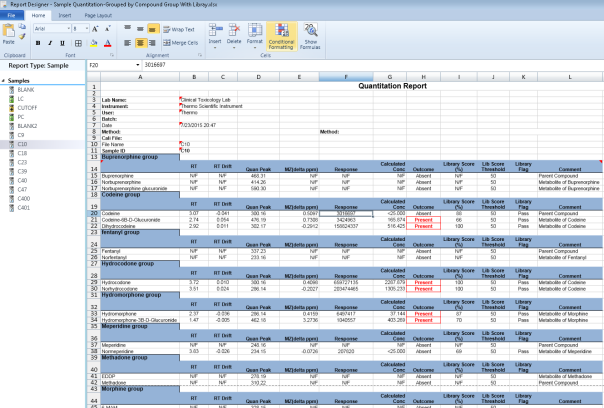 The data table utilizes many custom functions to create this functionality. These functions are typical Excel function statements. All the examples I used to construct this report were found by searching for them on the net. 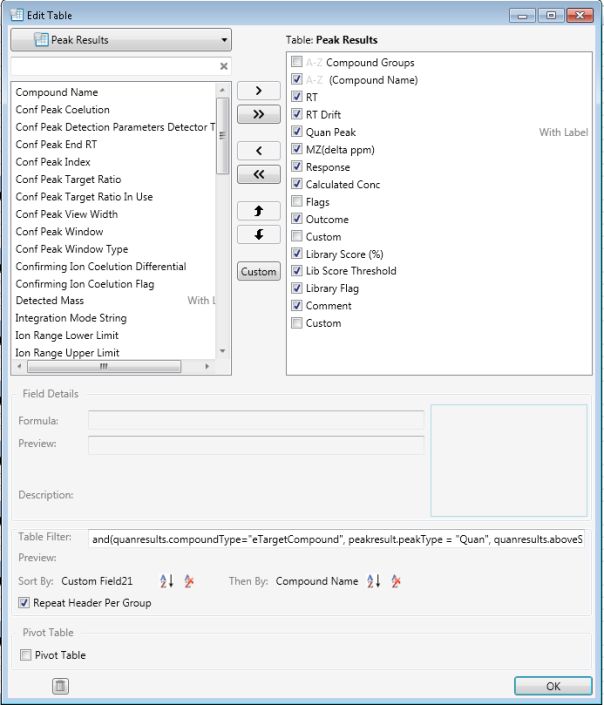 The data table utilizes a sort function by utilizing the Compound Group as the first sort. By checking the Repeat Header Per Group element and unchecking the Grid Entry allows for the element not to shown in the grid but raises it to the row above the set of rows that represent the Compound Group. This give a natural division between the groups. The second sort can be by compound name, or by comment. In these reports we utilized the comment to label the compounds as a parent or metabolite. By using the secondary sort in Descending order you can ensure the parent is listed first in the group and metabolites next in alphabetical order.

The data table is constructed as listed below.

The RED text in the Outcome column utilizes the settings below. 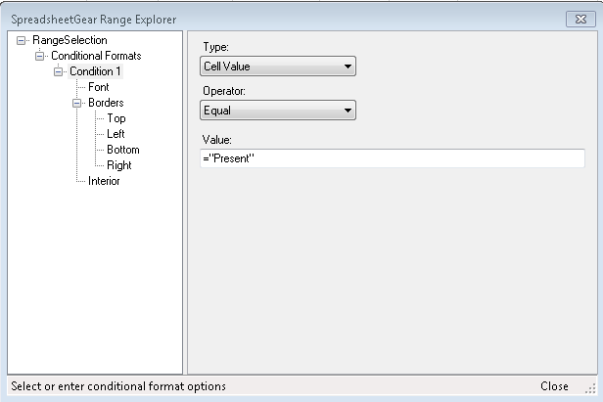 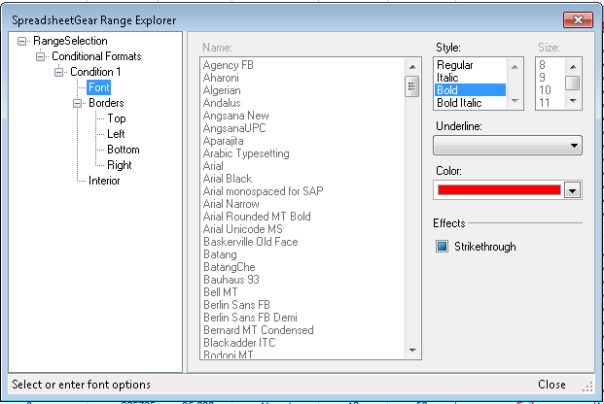